B-Side’s Rob Sachs and Tamara Keith venture out in the rain to try and find the historic Mason-Dixon Line.  Along the way we hear about a pair of European villages that share the most bizarre border you’ve ever heard of, guards who work a watery border and a man who knows no borders.

Baarle-Nassau/Baarle-Hertog: Cyrus Farivar
Most national borders around the world are pretty straightforward places. There’s a flag on one side, a line, maybe a border post, and a flag on the other side. There’s a very clear demarcation as to where the border is and most of the time, crossing that border is an event. Usually, you have to show a passport or some other document and some underpaid bureaucrat has to record in a logbook or in your passport that you were there. But what if the border went right through your town? Or worse, right through your house? Cyrus Farivar went to such a place…

A Watery Border: Sarah Elzas
Samos is one of the hundreds of small Greek islands that make up a portion of the Eastern border of the European Union. Until a few years ago, its sleepy capital of 12,000 people only saw foreigners coming off cruise ships and tourist ferries. But today the coast guard and police pick up 80-plus people arriving illegally each day. Sarah Elzas takes us to this border where the stakes are incredibly high. Another version of this story first aired on RFI.

Citizen of the World: Scott Gurian 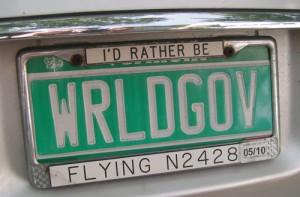 Whether you like them or you hate them, boundaries are a fact of life for most people, and it looks like they’re here to stay.  But we found one person who’s chosen to live in a world without boundaries.  And he says it’s a choice any of us can make.  Reporter Scott Gurian tells his story.